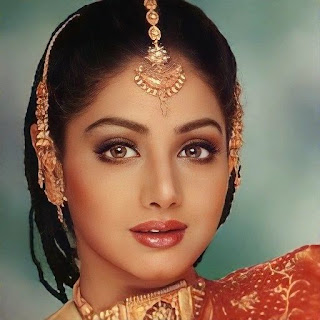 More from this 90s shoot in the archive. here.

Mithun Chakraborty and Sridevi in the Hindi film Guru 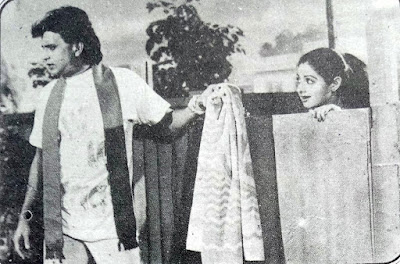 Mithun and Sridevi in their last blockbuster together, the 80s hit Guru.
A film that didn't age well...
Posted by Rama at June 27, 2022 No comments:

Sridevi: Filmfare cover shoot from May 1985 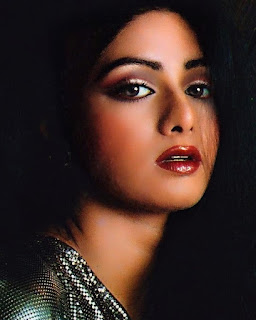 Sridevi quotes from Cine Blitz in 1984

Cine Blitz : Directors are annoyed with you because you now ignore the very people who made you. Also, you refused to wear bikinis for their films and wear them in every other Hindi film?

Sridevi: Yes, I'm aware that certain Telugu directors are upset with me because I couldn't do their films. But why should they grudge my success in Hindi films? I'm so heavily booked right now, I couldn't even give dates for a prize Hindi assignment. So how can I accommodate a Telugu film? There are only certain people like A. Nageswara Rao, for whom I would willingly make special adjustments.
The other charge is also true. Though I was always considered a glamorous actress, I did refuse to wear bikinis in Telugu films. I wasn't sure how my fans would react to it. But in Hindi films it's different. I wore a swim-suit in my very second film, Himmatwala, so I didn't see any harm in wearing them for subsequent films. Here, every actress reveals. But top actresses in Telugu films don't wear revealing clothes.
Q: Dasari Narayana Rao levelled this bikini charge. He doesn't seem to like you very much.
Sridevi: Ok Yes, he's more fond of Jaya Sudha. Dasari and I have worked in hit films like Bobbili Puli and Premabhishekam, but it's a fact that Jaya Sudha is his favourite. Most directors have their favourites. K. Vishwanath, with whom I worked in Jaag Utha Insaan prefers newcomers, but among the stars, he favours Jaya Prada. Likewise, K. Raghavendra Rao prefers me. Except for Nishana, I am in all the Hindi films he has made so far. Even now, I'm booked with him till the end of '85.
-- Cineblitz magazine 1984 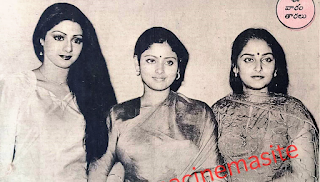 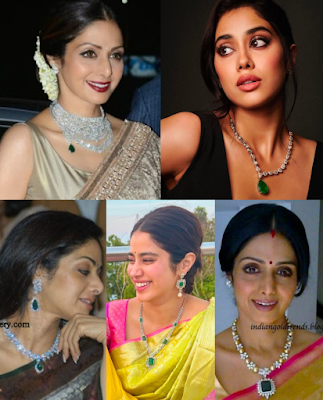 Sridevi and Janhvi Kapoor's statement bling: Jewellery for Indian stars and superstars
An image trending on social media.
Posted by Rama at June 26, 2022 No comments: 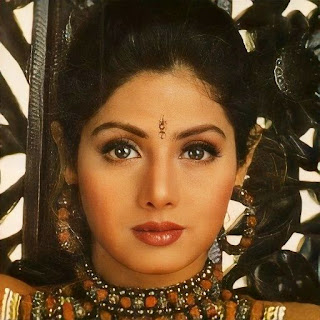 More from this shoot in the archive here.

Sridevi in Bollywood in 1987 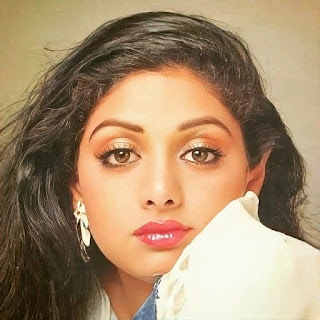