Sridevi as a child artist in the film Yashoda Krishna (1975) 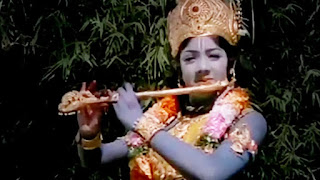 Released on Jan 20 1975, the Telugu film directed by C. S. Rao featured Sridevi as a child artist (age 11). The film was later dubbed into Kannada, and mostly remembered for the final appearance of actor S. V. Rangarao, who died a month after the film's release.

The film depicts some of the events in the life of Lord Krishna. It begins with the marriage of Devaki and Vasudeva, birth of Krishna - and young Sridevi appears briefly as the God-child. In the later stage, "Baby Rohini" reprises the role of Krishna in the same film.

Now there is a poster in Hindi of the said film, but so far, we haven't seen a copy of it. 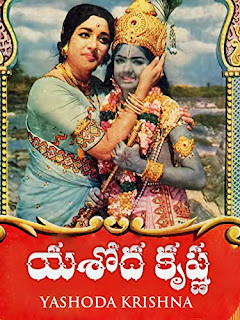 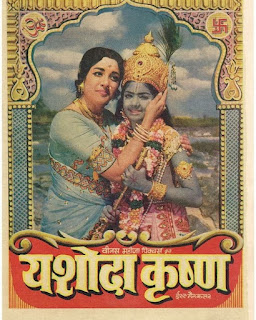