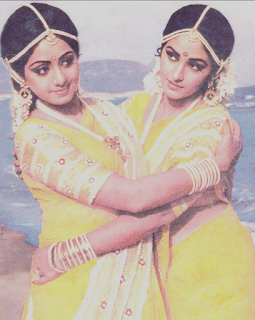 Sridevi and Jaya Prada in the Telugu film Adavi Simhalu (1983)
Directed by K. Raghavendra Rao, the film stars Krishna, Krishnam Raju, Jaya Prada and Sridevi. The film was simultaneously made in Hindi as Jaani Dost with Dharmendra, Jeetendra, Sridevi and Parveen Babi in pivotal roles!
Both movies were made simultaneously by the same banner and director, some of the scenes and artists are replicated in both versions. The Telugu version did well, the Hindi version not as much. 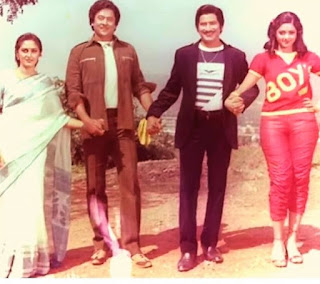 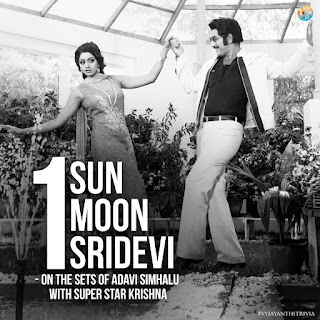 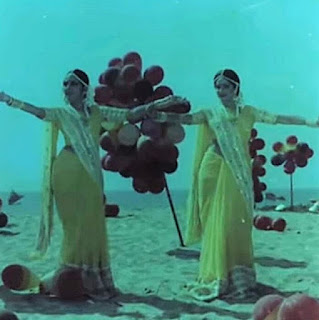 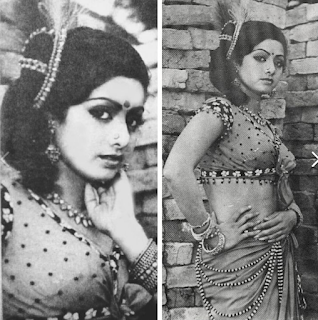