Manish Malhotra quotes about Sridevi over the years

Sridevi and Manish Malhotra catch up at an event. He has spoken to the press many times about his affection for Sridevi, "I love Sridevi, she's the best. Everyone should tell her to come back to movies." (Filmfare 2007).

Manish Malhotra, "Sridevi was a queen. I loved her. Many things she taught me about costume designing. She was such a diva. After designing for her, working for others is a cakewalk." 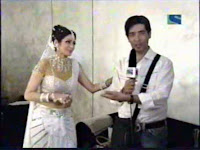 "Sridevi is my favourite actress in terms of dressing sense. I started my work with her, learnt so much from her. Apart from being one of the finest actresses, I think she has a lot of knowledge about costumes."

"I’ve enjoyed dressing her up the most. Sridevi may not have been the trendiest of actresses, but when it came to choosing clothes for herself, she knows exactly which colour or cut suits her best." (The Times of India, March, 2003).

Sridevi has not been seen on the big screen for ages but she's still in touch with the people she worked closely with, in her days as a leading actress. When designer Manish Malhotra shifted into a sprawling house at Pali Hill, the actress said she would like to make a painting for him. She made a 6x4 painting (below pic), had it framed and delivered to his house. B-Town's favourite designer says. "She was so sweet. She was worried if I would like it. She asked me where I would place it, and the colours of the room, and made it accordingly."

The painting occupies a place of honour in the dining area of the Malhotra residence. And yes, it is stunning. Much like the artist. 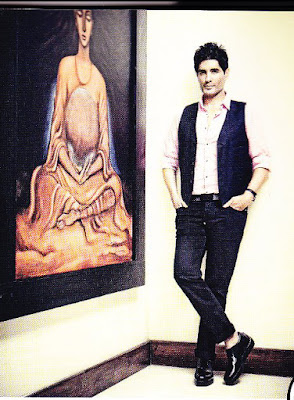