Sridevi’s newly developed passion for painting has gone international. Her painting Thoughts has been accepted by a reputed international art auction house. The proceeds from the auction will be donated to Sridevi’s favourite charity.

At the moment, Sridevi is in unwilling to talk about her passion for painting. However, her husband, Boney Kapoor confirms the news and says, “Yes, Sri’s painting has been accepted for an auction by a well-known international art house.

The auction will take place in April and all the money that Sri gets from it will be donated.” Incidentally, this is the first time that the now reclusive actress has made her paintings public.

“Only two friends, Salman Khan, after he was released from the Jodhpur jail, and fashion designer Manish Malhotra, have been gifted a painting each by her. She has been painting religiously for some time now,” says her proud husband.

Boney says his wife spends 4-5 hours a day painting. “It is generally in the evening. After she has finished with household duties and is done with our daughters’ homework, Sri locks herself away to paint,” adds Boney.

“After me and the kids, painting is her main passion. Now her paintings have reached a level of professionalism where they can fetch a handsome price.”

Where does this new passion leave Sridevi’s plans to return to acting? Boney replies, “Sri has been acting since the age of four. She is the only child artiste to have reached the number one position in Hindi films. She will return to acting only when something special comes her way.” 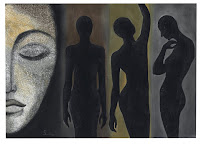 Want to buy an original painting by Sridevi? Click here. 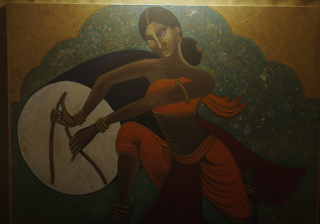 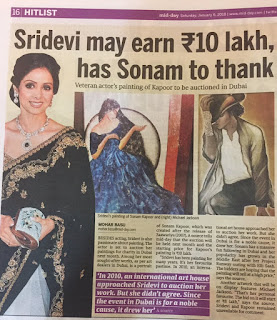