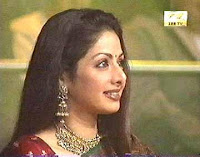 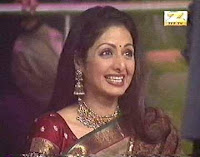 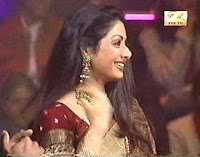 Sridevi appeared for the first time on television in years for Karishma Kapoor's episode on Jeena Isi Ka Naam Hai (2001, Season One), on the eve of the release of Shakti (film produced by Boney Kapoor, under the banner Sridevi productions).

Sridevi was wonderful - even more so was Karishma Kapoor's surprised look and reaction.  For Sridevi fans, it was pure manna. Since her self-imposed hiatus after Judaai (1997), Sridevi rarely appeared on screen (be it on television or film) so when she appeared under the arch lights after oh-so-long, looking stunning in her zari-embroidered sari, she blew our collective minds. Gorgeous beyond belief, when Karishma Kapoor said, "I've been her [Sridevi's] greatest fan," host Farooq Sheikh simply said, "Who hasn't?". 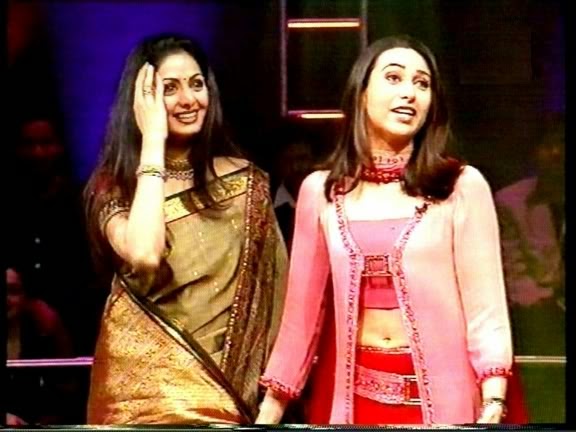 To top it all, when Akshay Kumar came, even he said he was a true-blue Sridevi fan.  Bless. 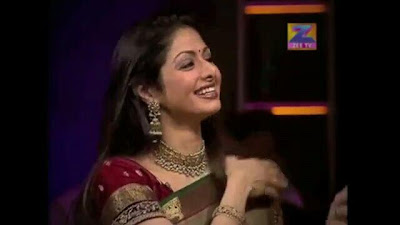