Sridevi on the sets of English Vinglish, and on film 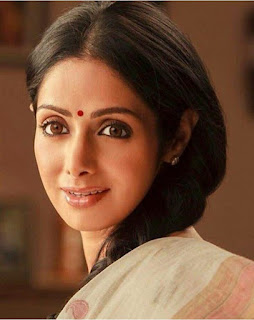 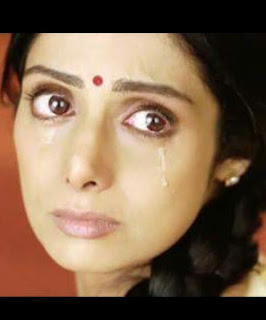 Sridevi on the sets of English Vinglish, and on film. Hard to believe but eight years ago today ie 14 September 2012 - the movie premiered at TIFF!

Sridevi was overlooked by many a judge and jury by the award-giving entities; despite a near-universal appreciation for her faultless work by every single critic and reviewer in India and abroad. Even harsh critics from The Guardian and New York Times mentioned Sridevi's grace and her being "utterly charming."  Her fraternity spoke so much and so well about her return - be it rival, contemporary or competition, no one could find a flaw in Sridevi's stunning return.
And yet...

The trouble is, as most Indian films (in the early days esp) were an extension of theater captured on film, there's a huge tendency for critics and the masses to recognise overt, exaggerated theatrics as "acting" and anything subtle gets overlooked altogether.
Sure Sridevi was nominated by nearly all award-giving enterprises but she lost out repeatedly to sponsored faces. I mean we have an image of Sridevi giving an award to Katrina Kaif (lovely as she is, thespian she ain't!) that baffles us till date. Even Katrina Kaif had the good sense to say on stage, "I should really be giving this [award] to you!"
Truer words haven't been uttered since!