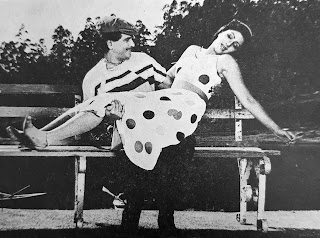 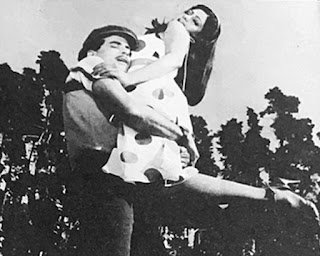 Yes, long before Salman Khan rendered gems like Oonchi hai building or the inanity of Ek Garam Chai ki Pyali ho... there were these little ditties that the critics hated but the masses loved - and these were all songs that topped the Binaca Geetmala (for the gen that fondly remembers that Indian countdown!).

Lyrics don't always have to be soul-searching paeans - sometimes they just need to be pop and fun. There are plenty of English equivalents considered classics with equal measure that scribes hated back in the day; I wanna Hold your Hand, You can Ring My Bell etc have no lyrical complexity and yet were chartbusting numbers that many today consider classics - and hallmarks of their youth.

So why not a peppy Jeetendra Sridevi number - and be unapologetic about liking the songs and the jog down memory lane with it?!

Next year will be 40 years of Justice Chaudhury! I remember doll-like Sridevi as if it was yesterday. The Filmfare features about the cute newcomer "from the South."