Sridevi, "Direction is extremely difficult and I really don't think I am cut out for it. Which is why I keep thanking my directors over and over - my success is due to their hard work." 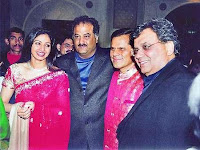 
In Filmfare magazine, when asked about her directors, she said this in the 1985 issue of the magazine, "I love working with Shekhar Kapur. His style of direction is great fun. Sometimes when he likes a shot, he prolongs it beyond what was originally intended. he gets totally excited with what he's doing.

"Subash Ghai is one of the best directors we have. With him, I never ask for the scene beforehand because I know that the scene changes and improves as we shoot. He keeps improvising on the sets.

"Mukul Anand is a very fast director. He's also very understanding. If I plead with him, 'Mukul I want to go at 8 o'clock' he immediately says. 'Okay, go.' It's great fun working with directors like these," she ends, eyes lit up like a child's.

On Shekhar's sets it is obvious she's enjoying herself thoroughly. To see a girl who was, till quite recently hampered greatly by the language, bantering un-self-consciously with madcap director like Shekhar is amazing. To Shekhar's "This shot is for Shekhar Rao" Sridevi would pose mock-provocatively, flutter her eyelashes and strike a sexy pout, much to the amusement of all around. There is a general atmosphere of merry making. But the moment pack up is announced, she wastes not a moment. Doing a quick pranam of dance master Kamal, she scampers off the sets like a schoolchild does when the last bell of the day rings."

In a G magazine cover story, Sridevi said of directors, "There are some directors who are great story-tellers., while others are great directors. Balu Mahendra's narration of Moondram Pirai (the Tamil original of Sadma), for instant, was a frame to frame narration of the film. Would you believe he took three hours to tell the story?"

What was the experience like working with Mahesh [Bhatt, director of Gumrah]?
Wonderful. I've enjoyed working with him tremendously. I was so scared of doing this film. People had told me all sorts of stories about the man, his life-style, but he is quite simple and uncomplicated. The way he inspires his artists before a scene, the way he explains a situation, it's a pleasure. He does not bind you with instructions. Instead, he helps you draw from your own experience and then leaves you to bring it out in a  manner you are comfortable with. The technique is quite extraordinary and something every true artiste appreciates thoroughly.

In short, you are impressed with him as a director.
Most certainly. I'm not sure if any other director in his place would have chosen a subject like Gumrah. 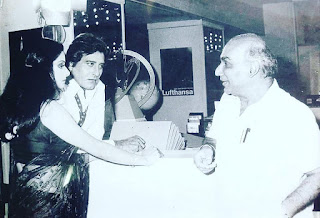 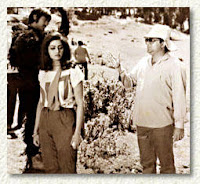 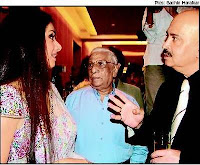 And finally, the muse and his model; Yash Chopra and Sridevi, during the making of Lamhe! Cute shot of producer/director Yash Chopra with Anil Kapoor and Sridevi behind the scenes of the song, 'Kabhi main kahoon'. Below with her only female director Gauri Shinde and R Bali - who she never worked with, but wanted to. 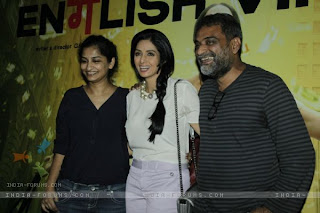 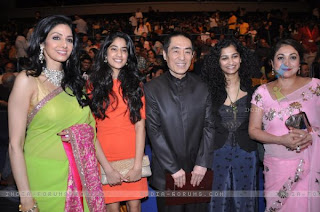 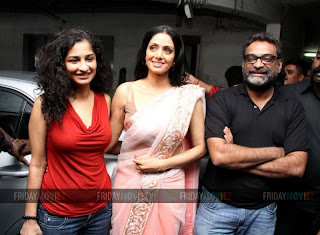 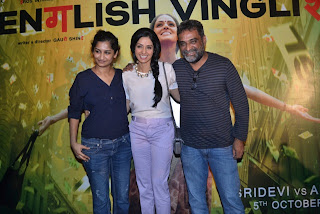 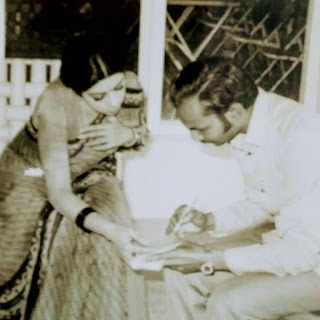 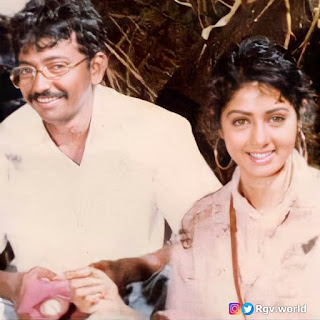 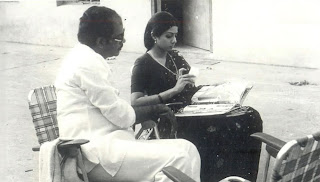 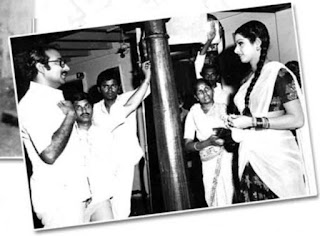 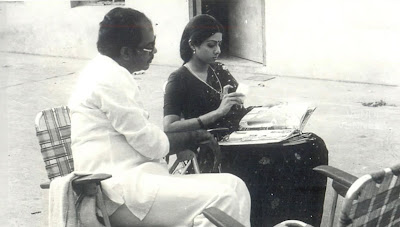