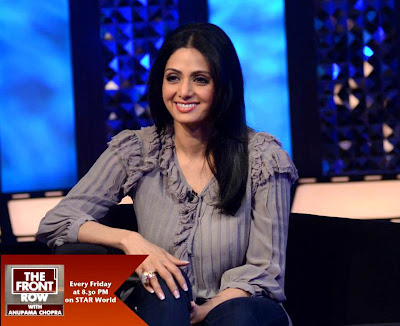 One of the finest film-based shows on TV, Sridevi sparkled with Anupama Chopra and Gauri Shinde on The Front Row on Star World.
The always articulate host mentions that there isn't even "a hint of rust": in Sridevi's stellar performance, a performance that shimmered on screen after a self-imposed 15-year hiatus.

Our only minor grievance, Ms Chopra should have given the film a better rating considering how much she (and others) have praised the film and its "triumphant" lead.
English Vinglish is pretty much a flawless film and to get just 3.5 out of a 5 star rating seemed myopic...
Excerpt:
But even when the film feels shaky and stretched, Sridevi doesn't miss a beat. Her performance is a triumph.
She's vulnerable and sad, yet selfless and strong, in the way we all know our mothers to be. She imbues Shashi's quest for respect with genuine emotion. It's hard to imagine that this is an actor who hasn't worked in fifteen years.:
You can read the full review here at Hindustar Times here. 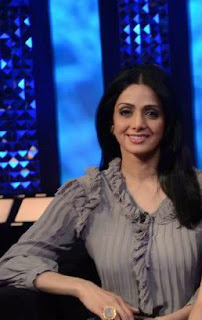 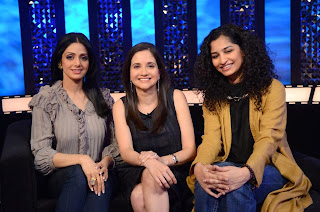 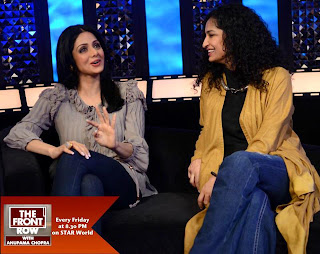 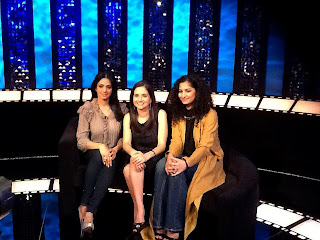 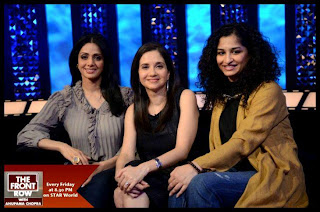 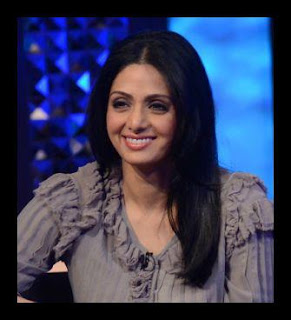 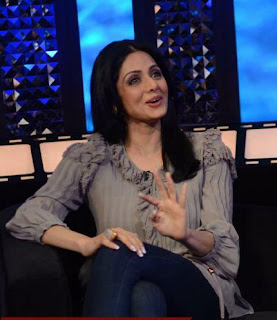 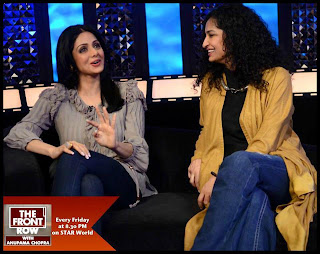 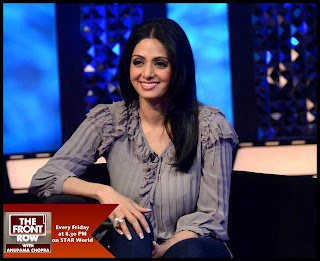 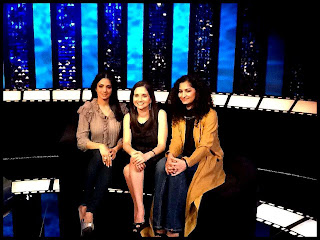 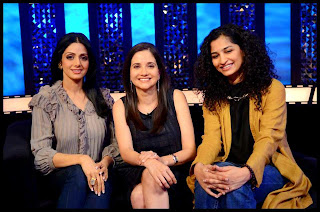 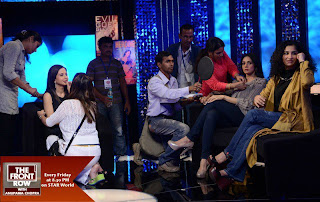 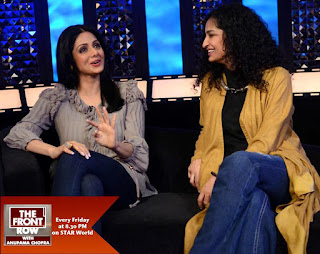 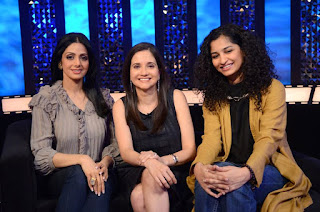