Why was Boney Kapoor on the sets of Gurudev? 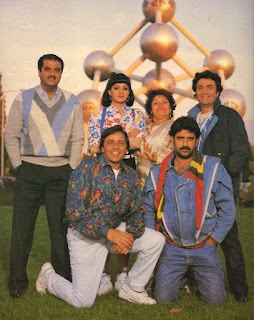 We've had this image of Boney Kapoor with Sridevi, Saroj Khan, Rishi Kapoor, Vinod Mehra and Baba Azmi on the sets of Gurudev and always wondered why Boney Kapoor's head popped up in the images of the cast and crew behind the scenes. Boney Kapoor wasn't the producer and had no connection to the film other than his brother Anil Kapoor (not in pic!) was in the movie (this was long before his relationship with Sri).
Boney Kapoor in one of his recent interviews illuminates;

“This was in 1990. We were shooting for Roop Ki Rani Choron Ka Raja and Gurudev both simultaneously in Holland and Belgium since both the films had Sridevi and Anil. Rishiji was in Gurudev in one of the songs. Sarojji choreographed songs for both films.
Unfortunately, the song from RKRCKR didn’t make it to the final edit as it had to be cut out from the film owing to the length of the film. Anil and Sridevi from here left to shoot Lamhe together.” 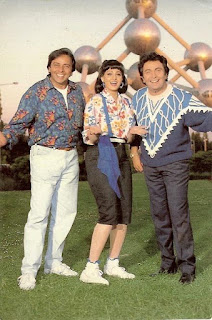 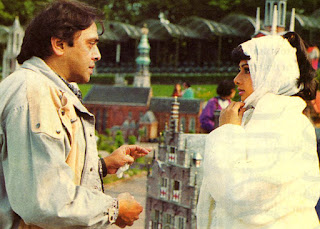