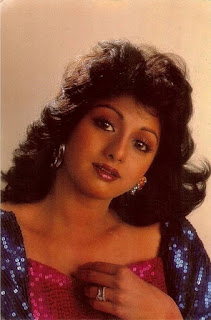 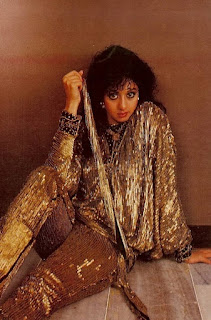 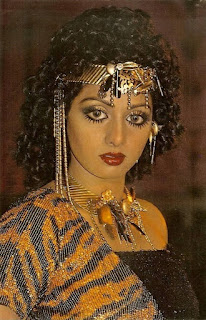 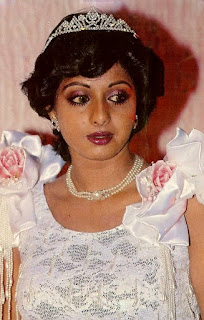 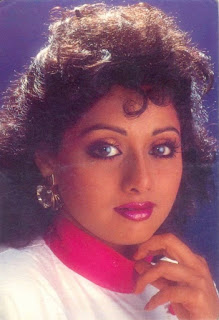 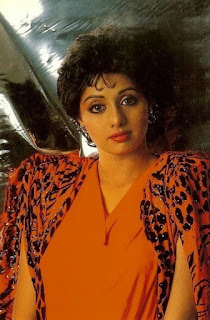 Sridevi had yet another double role in the Hindi film Guru (shot in 1986 - released in 1989 after endless delay in production). The original Tamil movie had two heroines. Sridevi played both roles in Guru, the characters were modified to that of twin sisters to cater to Sridevi's super stardom. The film had a record breaking opening in early 1989 and went on to become a major blockbuster in Bollywood.
The film was replete with the fashion of the times; the glossy, glittery glitz of the 80s in Bollywood.
Posted by Rama at June 07, 2021