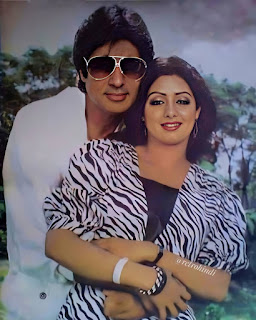 The biggest hit of the year in Bollywood, the Amitabh Bachchan, Sridevi, Jaya Prada and Anupam Kher film Aakhree Raasta was a smash - and released on this day, 35 years ago, on 6 June 1986.

The film was a casting coup, a movie with a message and studded with chart-busting songs. 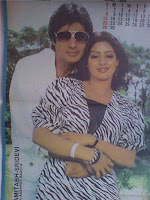 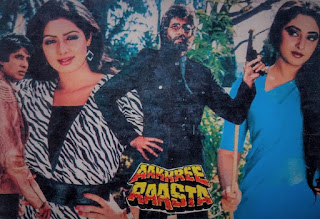 1986 came at a time as Amitabh Bachchan was winding down his film career and leaning towards politics. Sridevi's sun was ascending - already declared the number one star of Bollywood in 1984, in 1986, Sridevi dominated the box-office; of the five highest grossing films of the year, Sridevi appeared in four;
Posted by Rama at June 06, 2021