Sridevi and Sohan Babu in the Telugu film Devatha (1982) 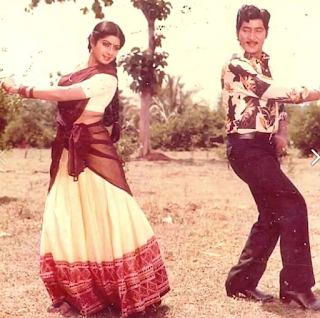 Sridevi and Sohan Babu in the Telugu film Devatha (1982) - which was remade, almost frame by frame, with Jeetendra in Hindi two years later as Tohfa.

Both films did exceptionally well at the box-office.

South Indian films - well, the successful ones - were a litmus tests for producers to recreate for a pan-Indian audience (the Hindi speaking belt). The notion that if it works in a smaller market, in limited screens, it could do well nationwide.

This formula worked well throughout the early 1980s - and now, in 2021, you see many Tamil and Telugu remakes being made in Bollywood. To varying degrees of success.