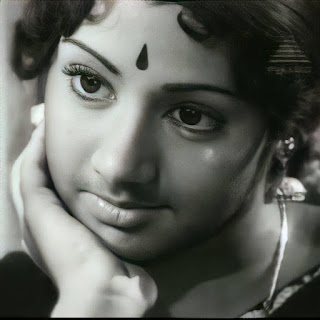 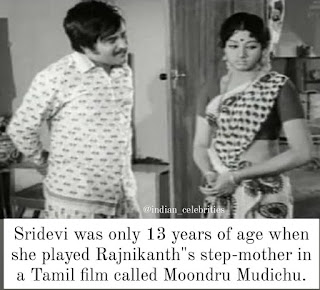 Sridevi's first film as a leading lady in Tamil cinema: Moondru Mudichu. The above meme/image has been dispersed on social media for so long and so often, without any context or nuance that its aggravating to read the responses to it by ignorant newfound fans and newly 'woke' feminists.

The movie is such a complicated narrative with so many twists and turns (the film itself translates to the three knots) that the conclusion is a surprise - well, it would be if the above meme didn't give a crucial plot element away.

Sridevi's age is a factor that comes up often enough - that she was only 13 and already a leading lady - but it was a part of a strange history of Indian cinema where many painfully young girls, teens, pre-teens were working hard in movies. Including someone like Rekha, who started their career early on. Or as Jayalalitha confessed on Rendez Vous with Simi, she was forced to go into movies even though she didn't want to due to circumstances. 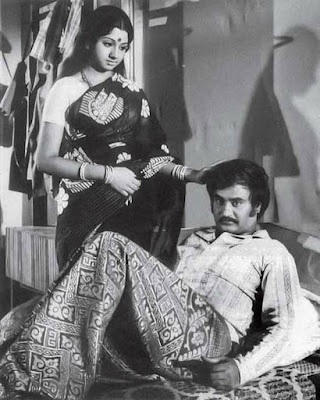