Nine years ago today, at the Toronto International Film Festival (TIFF), Sridevi made a grand return to cinema with the flawless film English Vinglish. A time for celebration and remembrance, we combed through the net to find notes on the cast and crew - and teared up as the entire team was profoundly affected by the sudden death of their leading lady - and they took to the net to air out their grief.
We've posted the eulogies of Gauri Shinde, Mehdi Nebbou (Laurent), Sridevi's kids in the film Navika and Shivansh Kotia, before, the others below (pls feel free to message us if you find others to add to the list);

Adil Hussain
" I got a message from a friend of mine around morning, 7.45 am about her death and I didn't know how to react because I had just woke up, then I checked on the internet and it was all over. The feeling was strange and bizarre, I felt frustrated and angry about her loss. I didn't have a personal relationship with her after the film, but I felt frustrated with the reason that we won't be able to see her on screen; I am just trying to understand my feeling. It hasn't yet sunk in; the emotions are very difficult to express on her loss”.
Adil recalls his  first meeting with Sridevi, “My first meeting with her was on the look test rehearsal of English Vinglish. I was three films old and I was little nervous in front of her. She was sitting in the rehearsal hall and then I was made to sit beside her for the rehearsal, I didn't know how to start a conversation, so I told her I loved her film Sadma (1983) and I couldn't sleep for two days and she looked me and felt that I am sincere with my compliments, she instantly had moist in her eyes. I thought ‘Oh my god’ this person is so vulnerable; also working with her was so satisfying. I wish I could do English Vinglish 2 with her.”
Before signing off he narrated, “I will always remember her as  one of the finest actors in the industry we can ever have.” It’s one of the saddest days in the world today. May her soul rest in peace." 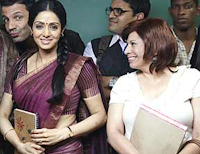 My heart is heavy today as I received news of Sridevi's passing. My time working with her will always be one of my most cherished memories. She was the epitome of talent and grace. My condolences to her beautiful family and to the entire cast and crew of English Vinglish. We are truly diminished today. She will be missed and never forgotten! 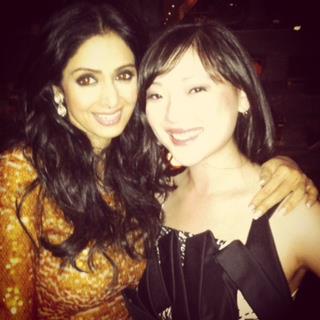 I am still in shock about the news. It was an honor to work with and share the screen with the legendary Sridevi. I will never forget my time working with Sridevi and the entire cast and crew of English Vinglish. My thoughts and prayers are with her daughters and family - it is incredibly hard to lose a parent and loved one. Sridevi, you have touched so many lives, may you rest in eternal peace. 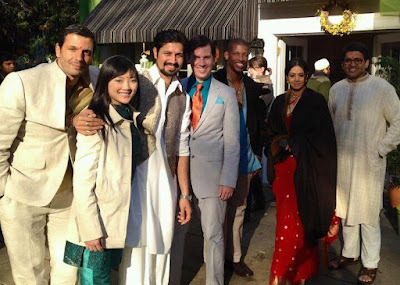 My heart is heavy today as I received the news of Sridevi’s passing. My time working with her will always be one of my most cherished memories. She was the epitome of talent and grace. My condolences to her beautiful family and to the entire cast and crew of English Vinglish. She will be missed and never forgotten!