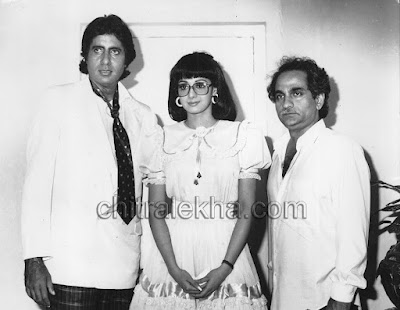 It was a comic caper with a double role for both Amitabh Bachchan and Sridevi - allegedly, this was the film that had the original song of Jooma Chooma De De - which was later used in Amitabh Bachchan's film Hum (with Kimi Kattkar, not Sri!).

The film was never made - and it is the audience's loss that such extreme talents couldn't see the film come into fruition after a grand, much-talked about launch.